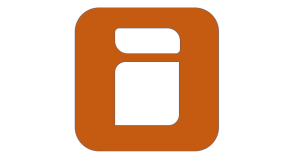 Information technology is truly amazing: our phones and computers are such a part of our lives that it’s hard to imagine life without them. (Have you ever panicked when you forgot your phone at home?) They are so convenient and powerful, but they also have a dark side: they open us up to control, manipulation and having our most private and important information stolen. This next section of the class will look several different issues related to information technology, privacy and security.

San Francisco, long at the heart of the technology revolution, took a stand against potential abuse on Tuesday by banning the use of facial recognition software by the police and other agencies. The action, which came in an 8-to-1 vote by the Board of Supervisors, makes San Francisco the first major American city to block a tool that many police forces are turning to in the search for both small-time criminals and perpetrators of mass carnage.

There are many opponents of the technology, which is being widely used in other parts of the world. San Francisco official Aaron Peskin called facial recognition a “Big Brother” technology. Big Brother is a character in the book “Nineteen Eighty-Four” by George Orwell. The phrase Big Brother is now used to describe attempts by governments or authorities to increase surveillance and “spy” on citizens. Mr Peskin said: “We can have security without being a security state. We can have good policing without being a police state.” He added that: “Part of that is building trust with the community based on good community information, not on Big Brother technology.”

Not everyone is opposed to “Big Brother technology,” however.

More about “facial recognition software” and why is it an important issue?

Questions for discussion and writing